Although the central government in Taiwan had worked out a national file format standard named CNS-15251 in 2009, they didn't push and force government bodies to use it. Nevertheless, since UK government selected Open Document Format to meet user's needs in July 2014, the National Information and Communications Initiative Committee (NICI), a working group composed with many departments under Executive Yuan in Taiwan, started a series of meetings and made a resolution to include ODF into the national standard (named ODF-CNS15251, which is actually ODF 1.2) and actively migrate this national standard in all government units.

Stage 3: Since 2017, ask all the government bodies to use software which can create and edit ODF-CNS15251 and can be downloaded freely forever.

This project was launched in August 2015. NDC entrusted the Software Liberty Association Taiwan (SLAT), which is an NPO targeting on promoting free and open source software, and Gjun information Co., Ltd., which is a software cram school, to execute this project. In this project, 13 explanation sessions are held in different counties and cities of Taiwan, including outside island counties like Penghu, Kinmen and Lienchiang (aka Matzu). Lecturers and open source community members from SLAT are responsible to explain why and how to migrate to ODF. Besides, many real training courses are held too. The FOSS experts from SLAT are responsible for planning the course guidelines and examples in these training courses, and training lecturers in Gjun. Then lecturers of Gjun will be responsible all the training courses.

Besides NDC's project, there have been several successful stories migrating OpenOffice and LibreOffices all over Taiwan. Coretronics is a successful example for big enterprises to migrate LibreOffices. In the project of Coretronics, OSS Integral Institution Company, which was founded by a senior open source community and is experted in Open Office and LibreOffice customization and service, is responsible for helping them since 2010. Fo-Guan-Shan, which is a very big Buddist group, also migrated to OpenOffice successfully in 2014. Eric Sun, the execute secretary of Open Source Software Application Consulting Center, which is a project under the Ministry of Education and executed by SLAT, helped Fo-Guan-Shan to migrate OpenOffice. Finally, in March 2015, Yi-Lan County government also launched a project to migrate from Microsoft Office to LibreOffice. This project is led by the Office of Information Administration, Planning Department in Yi-Lan County, and is executed by Sunjun Information Service Company, which was founded by many open source community members and experts. In LibreOffice Conference 2015, Franklin Weng, the President of Board of Directors in SLAT, shared the successful stories of Yi-Lan County and Coretronics in Migration track, also shared the status about the ODF migration in Taiwan.

SLAT will then cooperate with The Document Foundation, to help this migration project.
張貼者： Franklin 於 12:11 沒有留言: 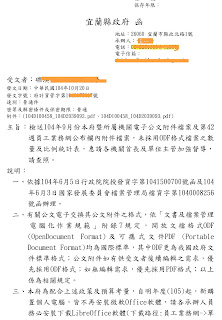 The above image is an official document from Yi-Lan County, Taiwan.  The subject of this document is to reiterate that all the users in Yi-Lan County, including teachers in schools, employees in the offices in all the villages and cities in Yi-Lan, and colleagues in Yi-Lan County Government, need to send documents in ODF or PDF format instead of Microsoft Office's format. 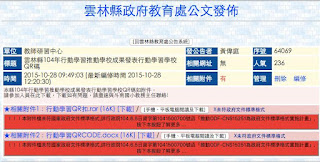 Besides Yi-Lan County, Yun-Lin County Government in Taiwan also took actions to warn those users who still upload or send out documents in OOXML or other non-ODF formats.  The red part of the above image said, "This attached file does not comply with the formal national standard format ODF-CNS15251" where ODF-CNS15251 is identical to ODF 1.2.

The above incidents show that Taiwan goes a bit further on the road to fully migration of ODF.  Let's applaud and cheer on them! 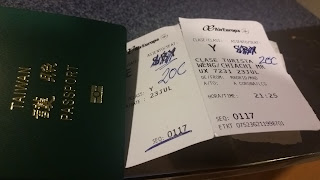 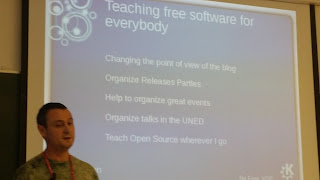 Teaching Free Software for Everybody 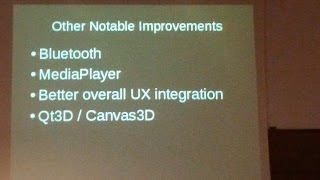 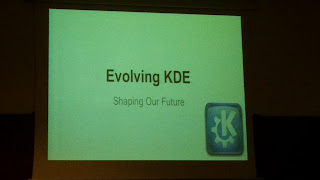 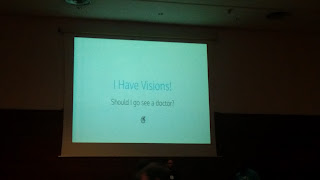 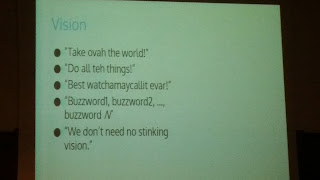 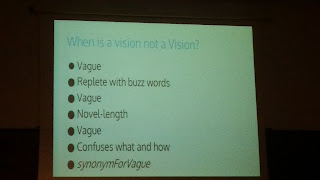 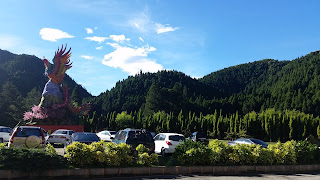 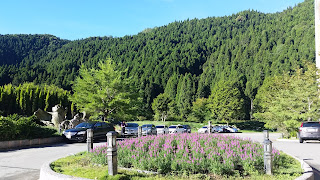 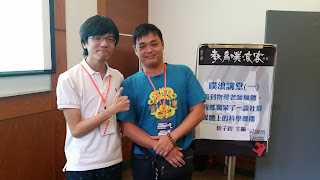 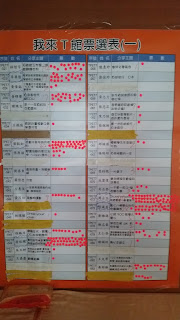 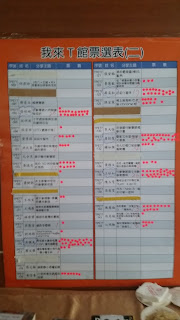 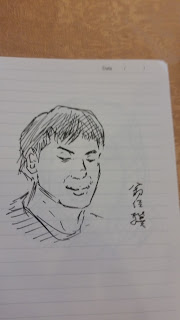 This year's Gnome Asia is in Depok, Indonesia, and attending it this time is a special experience for me.

Before going, I didn't have many imaginations for this trip.  I knew that there is a Indonesia local Linux distribution called Blankon.  However I have no idea about how open source community and culture is running in Indonesia.

The result surprised and amazed me.

First, in schedule, several sessions attracted me.  For example -


They covered many aspects of open source -- education, business, promotion, ... etc.  Far beyond my expectations.

I'm especially interested in knowing how open source promotes and works in education and business.  I'm surprised and excited to know that in Indonesia there is really a long project trying to use open source software in different classes.  It is what we are doing all these years, but we seldom see other countries doing so.

Also, from this year I'm also trying to promote open source solutions and culture in enterprises.  I'm trying to discuss and find out about business model for open source.  The session "BOSS" by Jeffery mainly introduced OpenBravo, an open source ERP solution.  I'm very interested in it.

Besides education and business topics, I learned a lot from the Blankon community.

Blankon is an Indonesian local Linux distribution, and have been developed for more than 10 years.  Unlike ezgo, which is just a derived and customized distribution from ubuntu, Blankon is very complete.  The developers in Blankon is very skillful and active.  I learned a lot from them, and I believe that I also need their help to make ezgo more solid.

In my session, originally I wanted to talk about ezgo development, about how we made ezgo before and now, from "dirty hack" to "debian-ezgo blends".  However, after the first day, I noticed that most of the audience may have no idea about what ezgo is.  So in the evening of the first day, I decided to changed the main topic from ezgo development to introducing ezgo.  Fortunately I did.  The audience liked the idea about how we promoted FOSS.  From the reaction and feedback I believe that our way to promote FOSS in schools and in Taiwan is correct.  Time will prove our insistence.  We are not alone.

I hope that we can work with Indonesian community about FOSS in education and business.  I believe that we can do something together, to promote our ideas and projects to other countries.  I'm happy to attend Gnome Asia 2015.