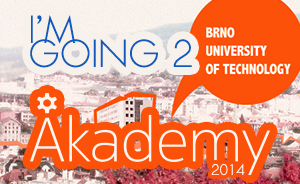 Making Your Own ezgo


Well, this is not my first time to attend Gnome Asia.  My first time was in 2010, together with COSCUP.  But this time it was even more excited for me, because I was able to see some good friends in China.

Thanks to Max, who invited me to submit a paper.  I decided to introduce NTPC project, which was a very big progress in promoting FOSS in Taiwan.

To be honest, though I used to contribute to Gnome intermittently these years, Gnome is not my major desktop environment.  But I'm still concerned about the development of Gnome 3, especially this time there are some interesting topics like input method and libreoffice.  So I was happy that I could attend this time.

In the session "Libreoffice - go hand in hand with GNOME" Yifan introduced some very cool features in Libreoffice, like remote control slides with mobile phones, webapp style office editing, ... etc.  I then tried with my own mobile phone and slides.  It worked, just that the bluetooth connections seemed not very stable.

Ahmad Haris, my Indonesia friend introduced the FOSS promoting in Indonesia, especially for local scripts and languages.  Similar topics were introduced in Taiwan too.  We then discussed about some technique issues.

Peng Wu introduced Wayland in his session.  Wayland had been introduced for years, and it solved some tricky problems in X, but the progress seemed not go very far since then.  When someone asked about the difference and compare with Ubuntu's Mir, Peng didn't answer the questions directly.

Daiki Ueno and Anish Patil introduced some improvement of ibus.  I was quite interested in this topic.  They tried to split the simple and complex input modules so that the performances can be improved.  Very interesting, and hope that it can be implemented very soon.

The highlight was in the second day -- Richard Stallman's speech.  He is a good speaker.  In that condition with most non-native English audience, his English was quite easy to understand.  He analyzed the drawbacks of nonfree software.  Very powerful, and very impressed.

In the afternoon of the second day, I introduced NTPC project, which was a big victory of FOSS in Taiwan's schools.  Though there were not many people in the session, but they were all impressed with our efforts and this big progress.  We then discussed about some educational issues, and how FOSS was applied to the education in Taiwan.  We wish that some day we can introduce and push FOSS in China's schools too.

Weiwu Chang gave a very interesting topic in his session:  How To Ignore Users' Needs.  Actually he was talking about user's needs, just in a different aspect.  His experiences inspired me very much.

Reika (Kai-Ju Tsai) was our partners and she introduced Scratch For Arduino (S4A) promotion in Taiwan.  A good introduction and ending of this conference.

This year Gnome Asia was successful.  Very impressed.  Only a few minor problems, like the pointer sign to the conference hall and the restaurant was not clear enough.  Wish I can have more chances to attend in the future. 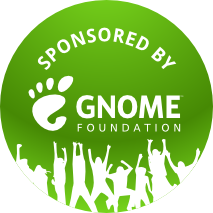